All Episodes
Archives
Categories
Now displaying: 2017
The Importance of Self-Advocacy with Arquay Harris 0

Arquay Harris, Director of Engineering at Slack, and I discuss the importance of self advocacy and taking ownership of your career path.

Oren Ellenbogen and I discuss leadership principals, his book "Leading Snowflakes" and "The Software Lead Weekly", his weekly email reading list for engineering leaders. Oren is currently the VP of Engineering at Forter. 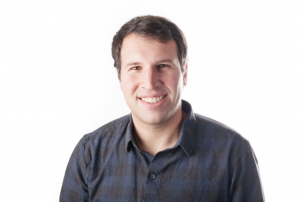 In this episode, Tido Carriero and Emily Zahuta discuss the importance of a well planned and executed interviewing process and how important it is to scaling a successful software engineering organization.
Tido Carriero:
Tido has been the VP of Engineering at Segment for the past two years, where he's spent much of his time growing the engineering team from ~10 to ~55. Prior to Segment, he was an early member of the Dropbox engineering team. At Dropbox, he started the Dropbox for Business product and later led the Product Engineering organization, which was approximately 170 engineers. He graduated with a degree in Computer Science from Harvard in 2008. His favorite movie is Cool Runnings.
LinkedIn:
https://www.linkedin.com/in/thomascarriero/ 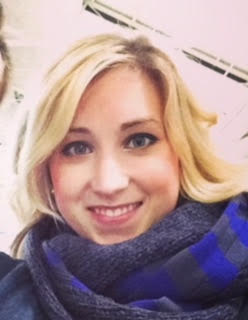 Emily Zahuta - Emily joined Segment in January of 2017 as Head of Recruiting and has worked to lay the foundation of building a world class recruiting team. Prior to her time at Segment, Emily ran global recruiting for a San Francisco based agency and started their Dublin and London offices. Emily graduated from Santa Clara University with a degree in Communication. She is a self-proclaimed sommelier with absolutely no formal training.
Linkedin: >https://www.linkedin.com/in/emily-zahuta-mattos-b364a919/
Show Notes:
Segment Engineering Blog
Segment Website
Making Your Employees Badass with bethanye McKinney Blount 0

bethanye McKinney Blount and I discuss how to be a better manager, how to make your employees more bad-ass and Keanu Reeves... bethanye is the co-founder and CEO of Compass and formally of Linden Lab and Facebook.

Travis Kimmel, the CEO of Gitprime, and I discuss the power of using data to help make better decisions and improve your team’s productivity.

My Worst Mistake as a Manager - Plato Event 0

Three great Engineering Leaders (from Datto, Trello, Uber) talk about their worst mistakes as Engineering Managers during the Plato event #1 hosted on May 15, 2017 in San Francisco.

The Benefits of Hiring Code Bootcamp Grads with Ana Ulin 0

Ana Ulin discusses her path as a manager and the benefits of hiring people from coding bootcamps like Hackbright academy.

Cate Huston, the Mobile Lead at Automattic (makers of Wordpress), and I discuss the challenges of becoming a manager of managers.

Listen to the live panel I moderated at a recent Plato event.  The topic was building and engineering culture that retains talent.  There are some really great responses to the questions and it was a great panel overall.

Allen Cheung, Director of Engineering at Affirm and formally at Google and Square, discusses how engineering managers should coach their employees.

Charity Majors, co-founder of Honeycomb.io, discusses the engineers who become managers and go back to being engineers and how awesome they are.

Chris Paul from HelloSign discusses his tips for new managers, going back to being an individual contributor and psychological safety,

April Wensel and I discuss the concept of compassionate coding, mentoring, hiring, feedback and diversity.

David Lynch from Intercom.io discussing how to make one-on-ones count with your employees.

Joe Goldberg from Energy Savvy and formally of Amazon.com discusses great resources for new and existing engineering managers.  Please check the show notes for links to these great resources.

Today’s special episode is a live fireside chat I moderated with Nick Caldwell who is the VP of Engineering at Reddit.  This event was put together by the founder of the San Francisco Engineering Leadership Community, Jerry Li.  SFELC is an exclusive and curated community for engineering leaders in the San Francisco Bay Area.  Founded in early 2016, they’ve grown to 400 leaders from over 200 companies.   Their mission is to create a fundamentally better way for engineering leaders to learn and connect, through community and sharing.  This episode is a bit longer than my usual episodes and also includes a Q&A with the audience at the end.  I want to thank Nick and Jerry for a great event and for allowing me to use this on my podcast.  Listen on for a very engaging and informative conversation.

The Importance of Technical Leadership with Patrick Kua 0

In this episode Patrick Kua from Thoughtworks discusses the importance of having good technical leadership on teams.  He also discusses his new book, "Talking with Tech Leads: From Novices to Practitioners"

Keeping Your Technical Skills as a Manager with Joan Gamell 0

In this episode Joan Gamell from LinkedIn discusses how important it is to keep your technical skills as you move into software engineering management.

The Importance of Mentorships with Quang Hoang from PlatoHQ 0

Quang Hoang from PlatoHQ discusses the importance of mentoring and how his company is helping connect engineering managers to experienced leaders for mentorship and guidance.

Setting the Technical Direction for Your Team with James Hood 0

James Hood, A Senior Software Developer at Amazon.com discusses the importance of setting a well defined technical direction for your team.

Jerry Li from Groupon discusses the differences between performance coaching and growth coaching for employees.  He also discusses his Meetup, the San Francisco Engineering Leadeship Meetup.

Dan Demeyere from ThreadUp discusses the importance of focusing on Employee growth as a manager.

Claire Lew, the CEO of KnowYourCompany discusses the importance of gathering and using employee feedback.